The pros and cons of mainstream vs self-publishing

PRO:  Opportunity for a financial advance from a publishing house. Often split into several payments: on signature of a contract, delivery of a manuscript, publication of a hardback and/or on publication of a mass market paperback.

PRO: Investment is made in an author by a publisher so authors don’t pay for editorial services, cover design or promotion.

CON: Unless there is a bidding war between several publishing houses, a previously unpublished author is very unlikely to receive very much. Advances tend to be less than £5000 for a first novel, and even this must be earned back out of sales before additional income is paid.

CON: Even if a book is successful, an author with a publishing house deal has to sell a lot of books to make much money, because the percentage an author earns from each sale is relatively small. Typical contracts give authors about 10% of the list price for hardback sales, and 7% of paperback sales. According to The Society of Authors, the median figure earned each year by a published author is £12,300. 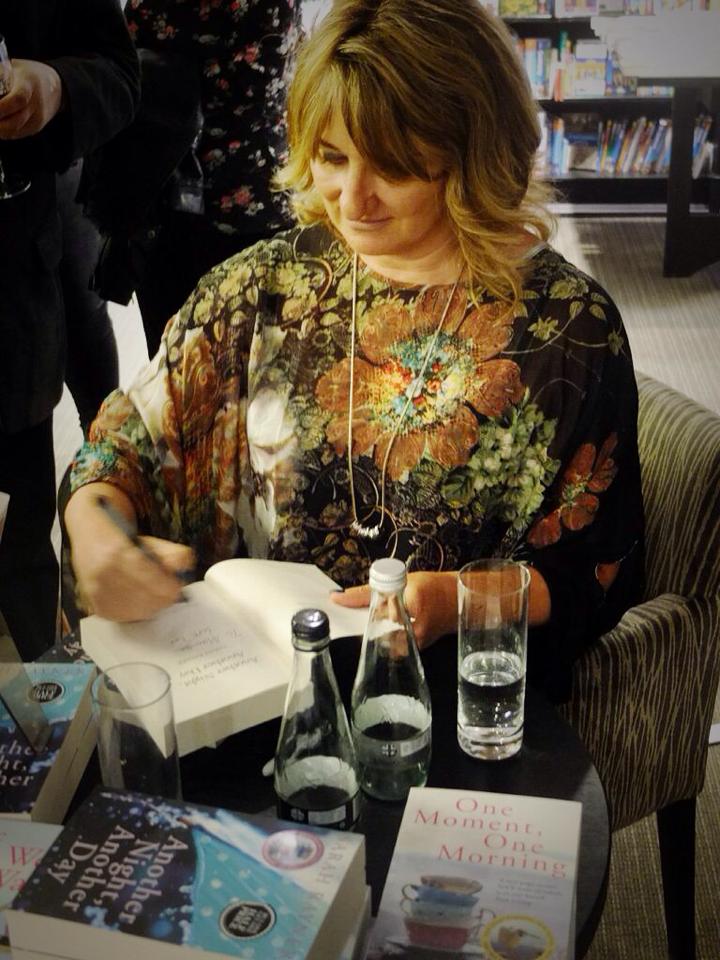 CON: Most published authors have an agent (as it is hard to get a mainstream publishing deal without one). A percentage of your earnings (usually 10-20%) will go to your agent out of your payments from the publisher.

CON: If an author earns out his or her advance, payment from publishers is sporadic (often every six months) leading to a ‘feast or famine’ existence. As an example, if your book is published in July, and rapidly earns out its advance, you still won’t receive payment for those sales until the following March. Payments are totted up at year end for the preceding six months, and then paid three months after that. 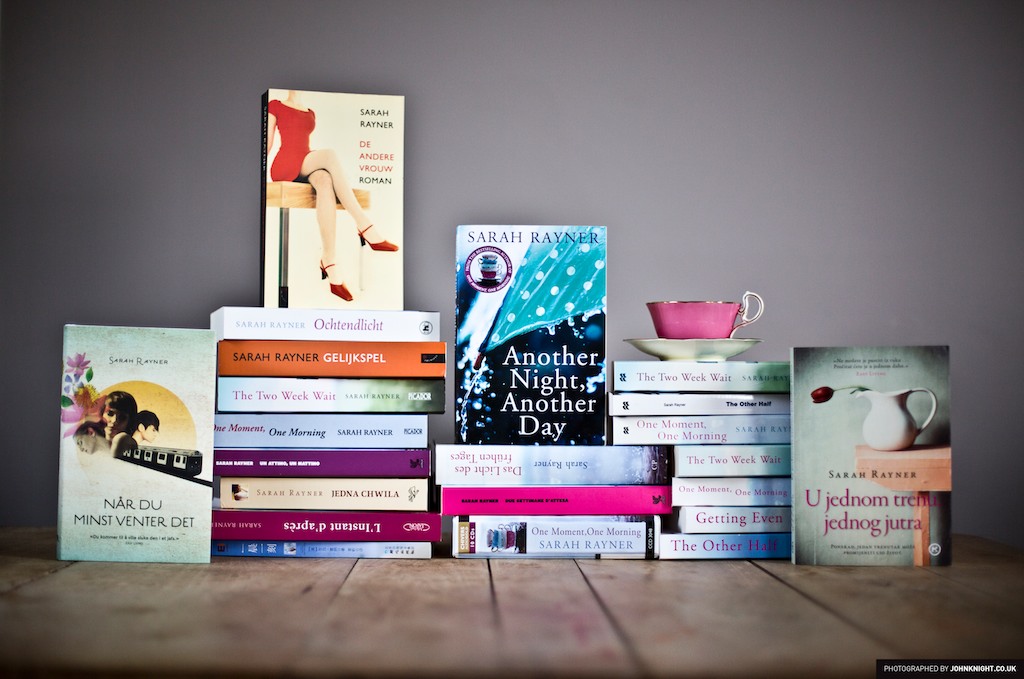 CON: Publishers – especially foreign publishers – are not terribly good at keeping authors informed of how much they have earned in royalties so often authors won’t know what, if anything, is owed to them.  This can result in a pleasant surprise, but makes it impossible for an author to plan his or her finances.

PRO: With a deal from a publishing house, an author (or more probably their agent) is much more likely to be able to sell his or her book in translation to other publishing houses around the world. Translation rights can boost an author’s income, as can sale of TV or film rights. 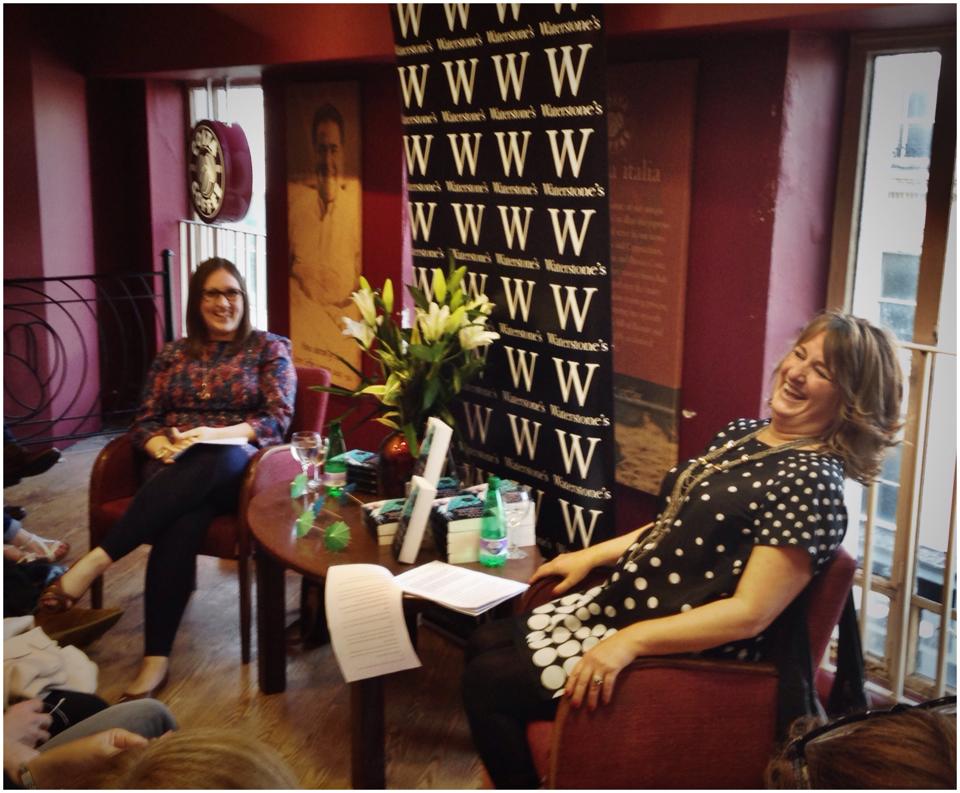 PRO: An author is more likely to sell a greater number of books with a traditional publishing deal. The big publishing houses can still offer far better distribution into bricks-and-mortar stores than self-published authors will ever manage alone, and bricks-and-mortar stores still account for a huge share of the book market. With the backing of a major UK publishing house, an author has a possibility of getting into chains such as Waterstones and supermarkets like Tesco and Sainsbury’s.

PRO: Having a professional cover design, as well as expert typesetting and proof reading of your book will help to ensure it is a high-quality product. But arguably more important than any of these is that you can benefit from the involvement of an editor. You can work together to hone your book, ensuring it is the best that it can it can possibly be. These people are all much more objective about your book than you will ever be, and it can be hugely helpful to have their insights.

PRO: You will also be assigned a publicist and benefit from the work of the marketing department. Plus the bigger the publisher, the bigger the sales force, and they will go out into field and sell your book, along with the publisher’s other titles.

CON: Increased competition – some from self-publishing and much from cut-price retailers like Amazon – means publishers’ profit margins are being squeezed more tightly than ever. In a bid to remain competitive, they have to cut costs somewhere. Most authors don’t get much marketing spend allocated to their books. Only bestselling authors will enjoy seeing their books being advertised by posters and instore point-of-sale, and even an author signed with a big publishing house will increasingly be expected to generate much of their own publicity. 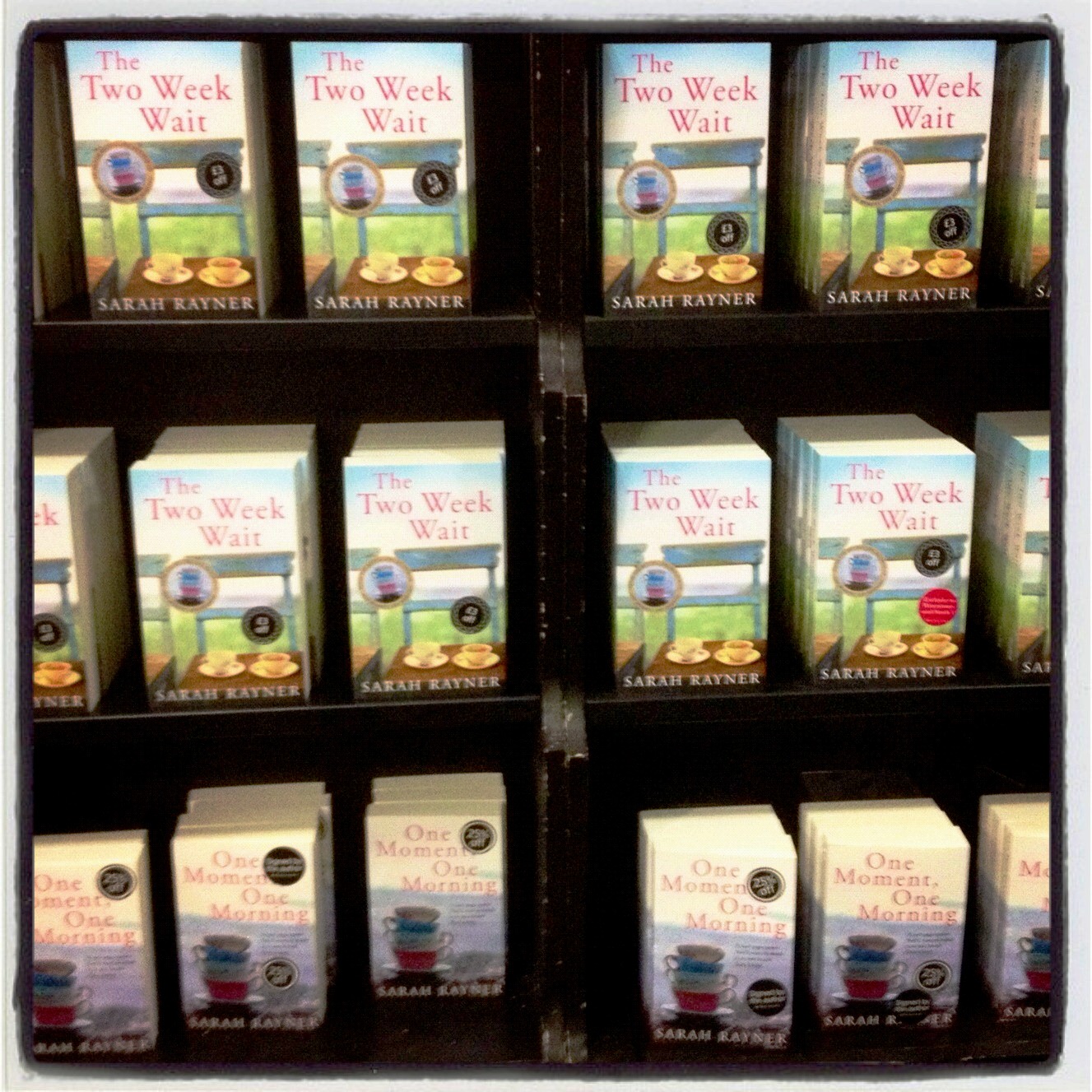 PRO: Lastly, there is the prestige that comes from being published by a big – or even small – publishing house. For all the bravado and enthusiasm of those involved in the indie-author industry, most people (agents, publishers, bookstore owners, other authors, and indeed readers) believe that the best authors – and best books – are published by a publisher. Whilst the stigma of ‘vanity publishing’, as it used to be called, is gradually fading, it has by no means been erased completely. And to a large extent there is truth to this perception, not purely because indie publishing offers less of a ‘sieve’ in terms of sorting good from bad manuscripts, but because an army of professionals can make for a better book. If you’re lucky enough to be offered a book deal by a big publishing house, I’d be doing you a disservice if I were to suggest you don’t give it serious consideration. Of all the books I’ve had published, five are through a mainstream publishers; four I’ve done myself. But my bestselling book is One Moment, One Morning, and its UK publisher, Picador, played a huge part in that success. I could never have sold so many copies without them, nor would it have been so well edited – that’s me with my editor, Francesca Main, above – and to this day I’m extremely grateful to all those involved.

CON: No money upfront. You won’t earn a bean until people start buying your book.

CON: External editorial services and promotion has to be paid for by the author. (As a ballpark, it cost between £300 and £1000 to get each of my four non-fiction titles off the ground.) The more you do yourself, the less you will spend, but it isn’t advisable to cut costs if it puts the quality of your work at risk. 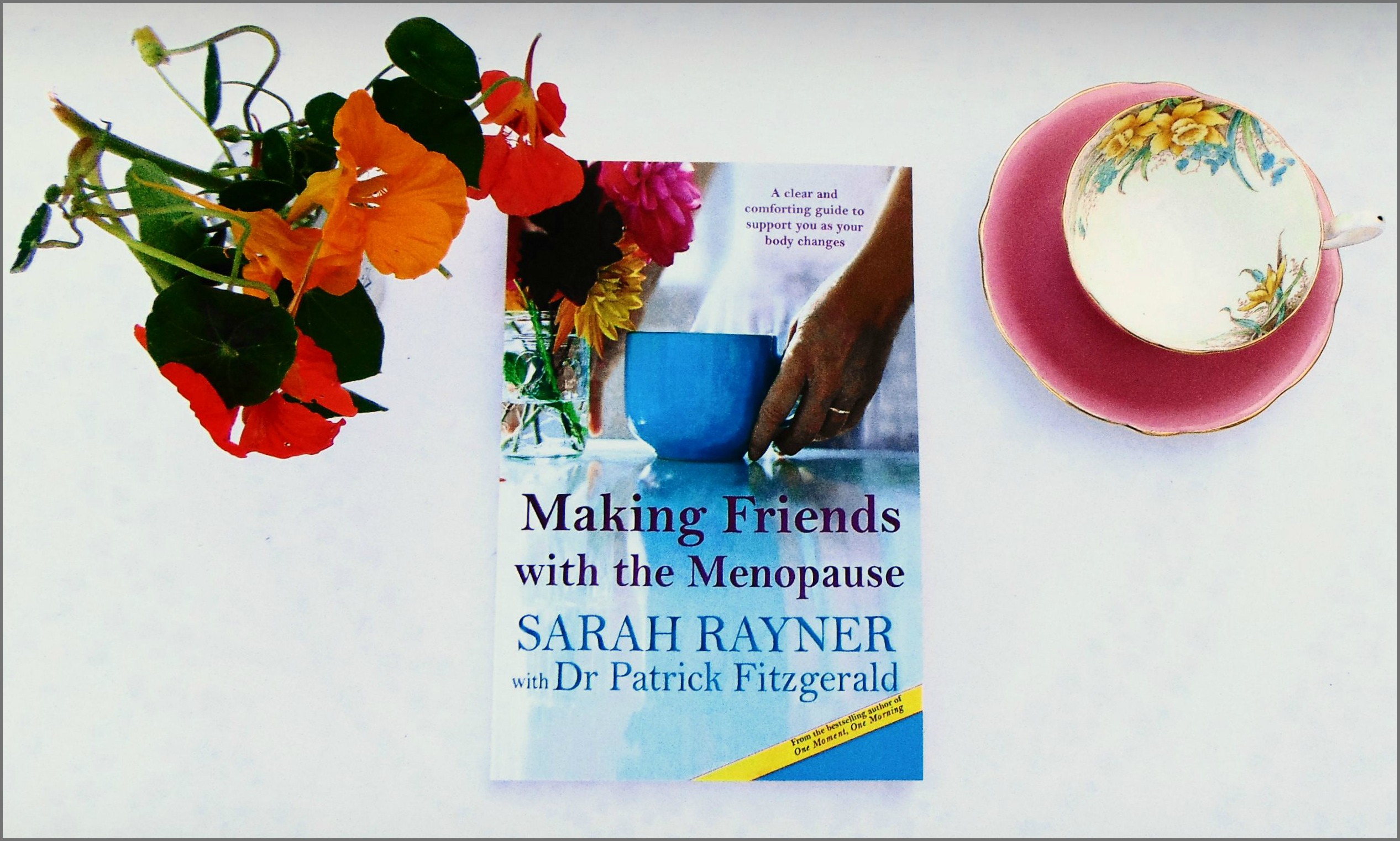 PRO: Payment is regular and authors don’t have to wait as long to receive money earned. If you self-publish through KDP and/or CreateSpace, the companies owned by Amazon, for instance, you will be paid six weeks in arrears.

PRO: Authors have ongoing access to their sales figures, almost in real time. Self-published authors can track their sales and it only takes a very short time to see how your book is doing.This means if you choose to promote your book, you can appraise whether your promotion is working much more easily.

CON: It is much harder to sell foreign rights for your book if it is self-published. Even if you have an agent acting for you, publishing houses tend to like the reassurance of buying a product that is endorsed by a traditional publishing deal. 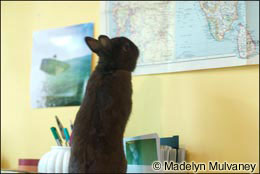 CON: Self-published authors may well be able to get into their local bookshop(s), but the chance of getting stocked on a national level within bookstores and supermarkets is, frankly, zero. This means self-published authors have to rely on online retailers for 99% of their sales, so they are very unlikely to sell as many books. Lack of distribution is the biggest downside of self-publishing.

PRO: A growing number of books are bought online, so a self-published author’s shop window is growing.  In America, for instance, 41% of new book purchases are made through Amazon, according to The Wire, and online book sales overtook high street sales in terms of volume back in 2013, according to The Booksellers Association.

CON: If you self-publish, you will have to manage your own marketing and publicity, or buy these services in at your own expense. A good publicist won’t come cheap, but the alternative – having to spread the word about your book yourself – can be incredibly time consuming. The odds of a self-published book being reviewed in the mainstream press are so minimal as not to be worth wasting your energy on; even locally, you may have to send dozens of emails to get one journalist to show a glimmer of interest. And doing all this alone means there is no one to buffer you from people’s responses, which can make the process very dispiriting. 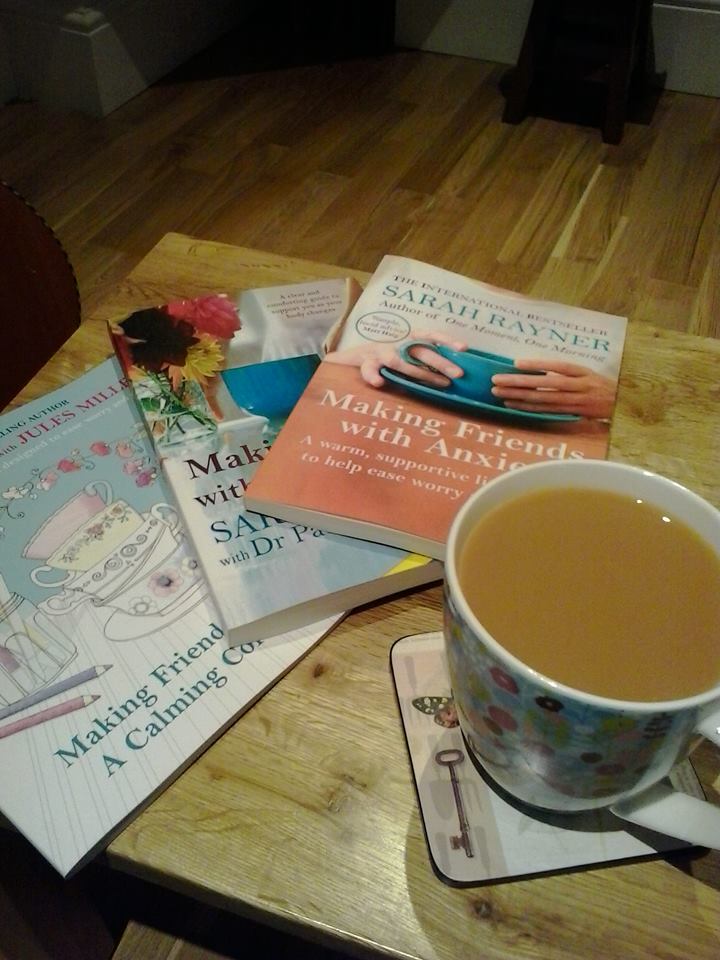 PRO:  Self-publishing’s biggest drawbacks can also be its joys, however. Whilst publishing your book yourself means you are far more likely to end up with a product that has the odd typo and your cover may not win any design awards, you still will have done it virtually all yourself. So the layout may not be perfect, and your book may not be reviewed by the Sunday Times, but self-publishing can be very empowering, allowing you to develop a more intimate relationship with your readers. You don’t have to worry what your editor might think of changes to your manuscript, or if your publisher will offer you another book deal if you miss a deadline. You’ll be your own boss, writing to your own agenda.

And who’s to say self-published books inevitably aren’t as good anyway? If reader reviews are anything to go by, my self-published books have had more positive feed back than any of my novels. This may be because my self-published books are all non-fiction and non-fiction reviewers are more generous. Non-fiction books do, after all, tend to answer a specific need or focus on a specialist topic, so it stands to reason if that need is answered or topic handled well, then a reader is more likely to give an unequivocally positive review. In contrast, the idea of what makes a 5* novel is much more subjective and varies a lot from person to person. 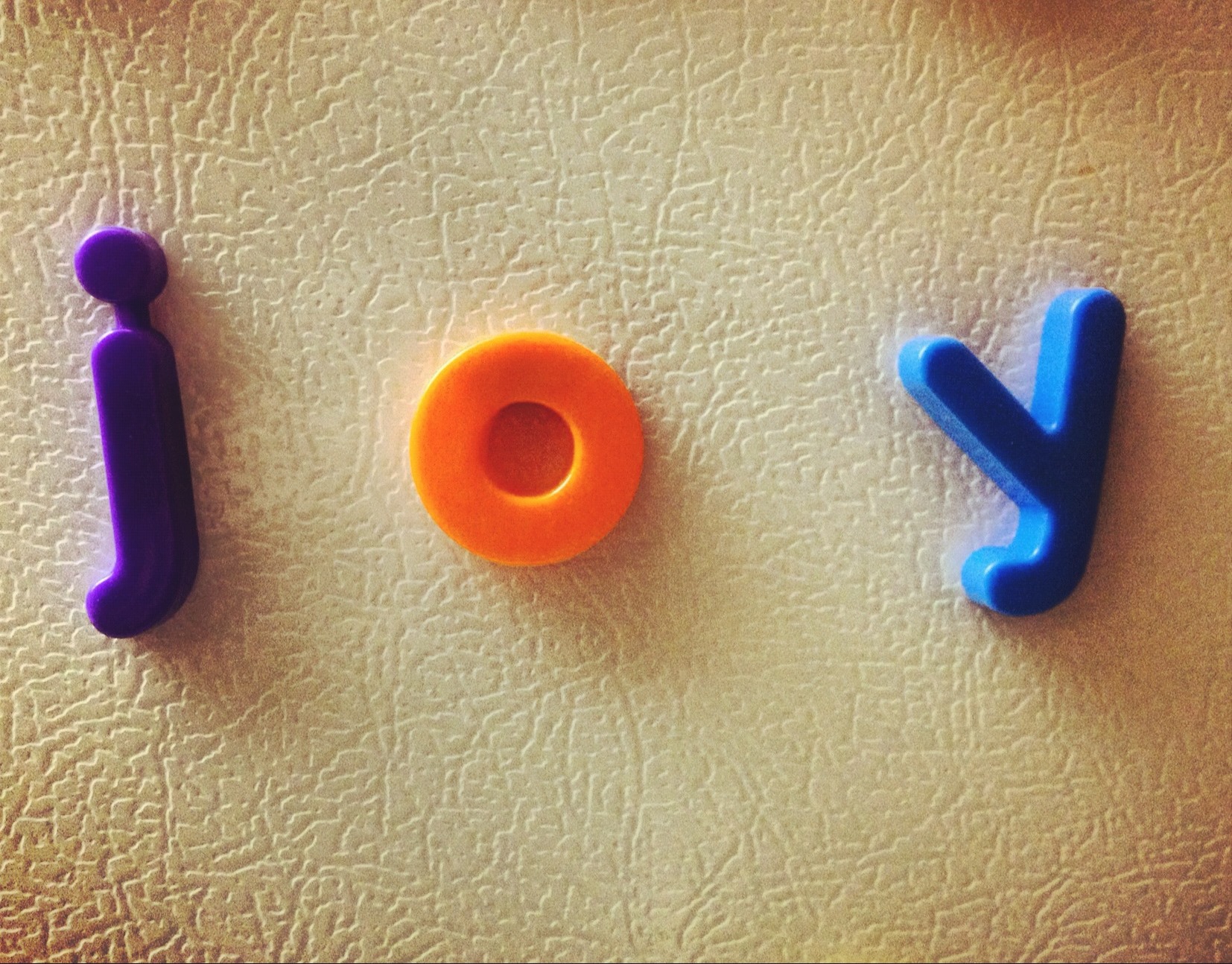 In summary, both mainstream publishing and self-publishing have benefits and drawbacks, but whichever route you choose to take, knowledge is power, and I hope this piece has helped to illuminate your path. And if you fancy dropping me a message via Facebook or sending an email, I’d love to hear how you get on. 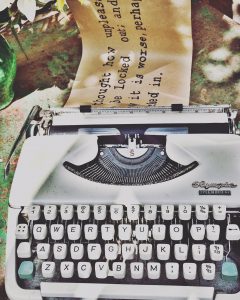 If you’ve plans to self-publish, I’d highly recommend joining ALLi, the Alliance of Independent Authors. You can find out more here.