A Day in the Life

HomeAbout SarahA Day in the Life

A Day in the Life 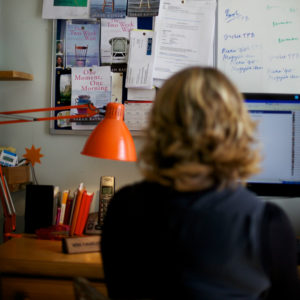 Wake-up time in our house is early as my husband, Tom, is a freelance chef and likes when possible to work the first shift of the day. I grumble and if it’s very early usually manage to go back to sleep, otherwise I lie in bed, thinking. It’s often when I have my best ideas – I ponder what should happen next in a novel, what’s missing from a character and incidents that might best illustrate what I’m trying to say. If I’m right in the thick of writing, I may get up and start typing while I’m still in my pyjamas, then before I know it, it’s midday. 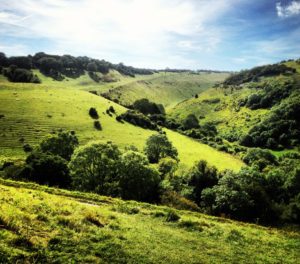 About three times a week I break up my day with a trip out of Brighton and across the downs to Wickwoods, which describes itself as ‘a country club and spa’; certainly it’s more than just a gym – and I rarely use the gym bit anyway. I like yoga and pilates and swimming – I find gentle exercise is a good way to let ideas settle – when I’m swimming I find my thoughts flow and everything becoms more fluid.

I’ll often pick up my mum en route, who now lives a mile away in Hove. At 83, she does even less strenuous exercise than me – usually she sits and has a coffee – but it’s a good way for us both to get out of our respective homes and enjoy one another’s company. The drive to Wickwoods over the downs is glorious and was one of my reasons for joining.

If possible I like to experience first-hand the places I’m writing about. Recently I wrote a passage set on the beach in Brighton, so I sat on the shingle after a run to draft it. 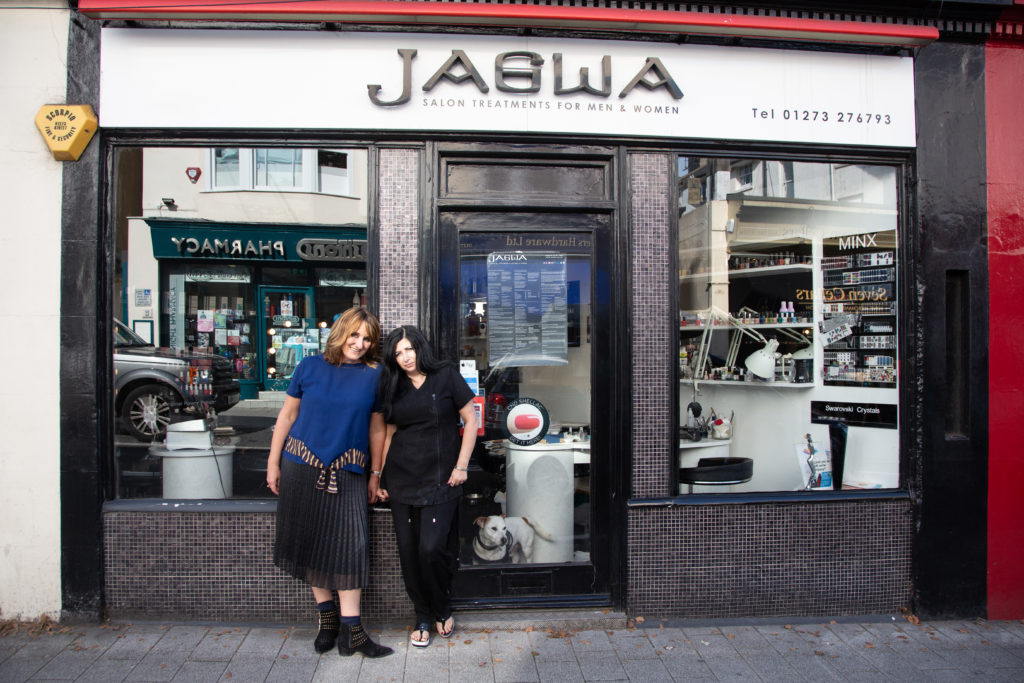 I also like to research in a similar way – although I do trawl the internet, I find nothing beats hearing about experiences from people who’ve been through them. When writing Another Night, Another Day, I spent lot of time with a friend whose situation is similar to Abby’s, for instance – her son has autism – and chatting to my local florist, who helped me with the character of Michael.

I’m currently writing my sixth novel, which is set in a small beauty salon in Brighton. The owner, Tracy (with me, left) has been helping me with the story, which has been a hoot – for me this is one of the most fun aspects of being an author.

Apparently Anthony Trollope used to set himself a target of 250 words every quarter of an hour, but I’m nowhere near that fast or disciplined. I console myself with Hemmingway – he considered 500 words a day a success. For a first draft of a novel, I also set myself a 500-word target, which makes it relatively easy to exceed it. If I’m on a roll I continue – but the most I’ve ever accomplished is 3000 words in a day – and some days I write nothing new at all.

A lot of writing is about editing and re-editing, which involves working on my computer – this is true of non-fiction too. I find non-fiction quicker in terms of drafting; maybe it’s because I have so many years of experience copywriting, maybe it’s because it comes less from the imagination and ‘gut’ and more from the head. In any event, the fact I often have a cat sprawling on my keyboard can make typing anything tricky…

Around one I break for a few minutes for lunch, and if he’s around and I’d like another opinion, I read Tom my latest draft.

I’m also regularly on Facebook, as most of my friends – and a good many strangers – will tell you! I know some people don’t enjoy it, but I find it fun bantering with my friends and other authors, and since setting up the support groups for Making Friends with Anxiety and Making Friends with the Menopause I’m on there even more. I find sharing my worries therapeutic, and so, I believe, do many members of the support groups. Both groups are administrated by volunteers, and they’re a terrific bunch – we’re in touch pretty much every day. 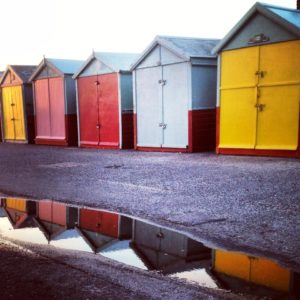 It’s through Facebook I’ve met many other local authors. Brighton has a large community of creative people, and I’ve several writer friends on my doorstep. I’ll often hook up with one of my author friends to chat – perhaps we’ll have coffee in the Laines or go for a stroll on the sea front, sharing book news and bouncing around ideas.

If we’re not out, then Tom and I have dinner, and read or watch TV. I’m not remotely puritanical about television – not for us some teeny screen hiding in the corner.  There are some terrific international TV shows and catch-up technology means that these days the choice is huge. My all-time favourite is Mad Men – it was bang on the money in its portrayal of adland, and Tom is half Danish so Scandinavian series like The Bridge and Legacy, which seem to share many qualities with novels, are popular with us too.

Bedtime varies; if I’m coming back from London it might be midnight, but that’s rare these days, so usually I try to make it earlier, as I wake easily and rarely sleep through the night.